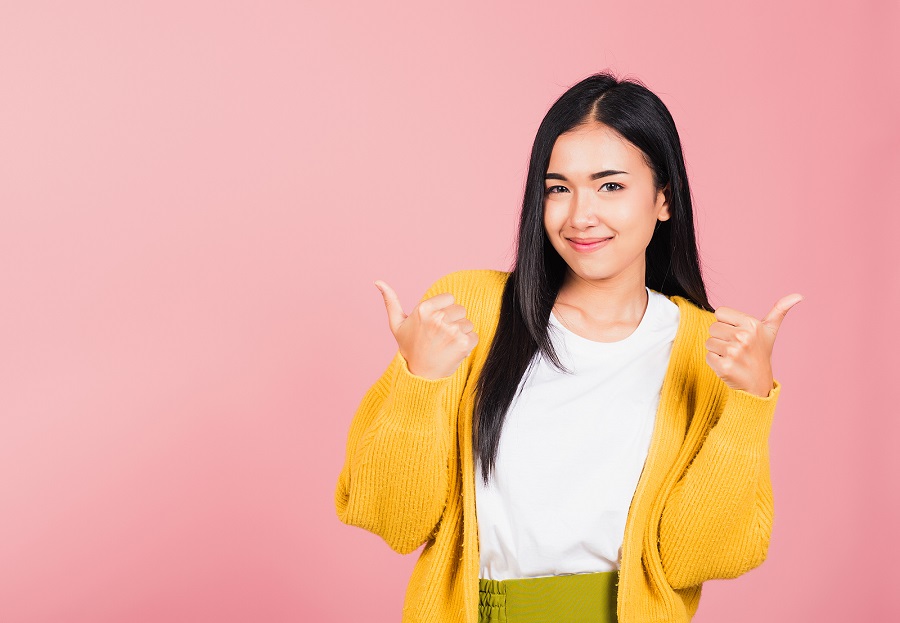 How can you tell whether your gums are healthy or not? Although there are some scenarios (such as cigarette smoking) that can mask the symptoms of gum disease, healthy gum tissues will generally:

…Be Well Contoured with a “Point” Between Teeth

Your gingiva (gum tissues) should fill in the space between each tooth. There should also be a sharp, tapered point — which we call a “papilla” — between neighboring teeth. If the papilla has crept back, you’ll likely see a gap between them or shadow that some people refer to as a “black triangle.” This anomaly isn’t just an aesthetic concern; it’s also a sign that gum deterioration has occurred. Always treat your gums with care to keep the papilla nice and taught. In turn, you’ll be less likely to have food pack between your teeth each time you eat.

…Have a Nice, Coral Color

The majority of individuals — including those with naturally darker pigment in their skin — usually have gums that are coral pink in color. A small percentage of people with more melanin in their skin do occasionally have gums that are dark brown, black, or a mixture of brown and pink speckles. But for the most part, people’s gums are typically pink.

Ultimately the color you don’t want to have in your mouth is red. Red gums are a sign of infection. They’re caused by increased inflammation and blood flow to your gingival tissues because of the presence of bacteria. Red gums typically bleed when you brush and floss, which is something healthy gums should never do.

…Cover the Roots of Your Teeth

Gums provide a protective cover over the roots and bone surrounding your teeth. But disease, traumatic injuries, and overzealous toothbrushing can cause them to recede. In turn, the roots can become exposed.

Gum recession places your teeth at a high risk of sensitivity, root surface cavities, and mobility. If there aren’t gums covering an area, no bone is there either. Without adequate structural support, those loosened or mobile teeth can eventually fall out.

…Be Free of Inflammation

Swollen gums are not healthy gums. If you notice inflammation along the edges of your gumlines or the tissues are puffy overall, it means that something is wrong. Occasionally you can see inflammation because of medications, food lodged under your gum tissues, or even hormonal changes.

If plaque isn’t removed each day, it can begin to calcify into tartar. This hard, rocky substance under your gumlines will trigger inflammation, bleeding, and gum detachment. Having your teeth professionally cleaned on a routine basis will eliminate the source causing your inflammation, allowing you to stabilize the health of your tissues.

When to See a Gum Specialist

If your gums are receding, bleed easily, or don’t improve with regular home care, you likely have periodontal disease. Contact our gum expert in The Woodlands to reserve a periodontal evaluation and intercept the condition as early as possible. Your smile could depend on it. Call us today to get started.

When To Consider A Tooth Extraction

What Is A “Snap-On” Denture?

Best Implants To Replace All Of Your Teeth