How NOT To Floss Your Teeth 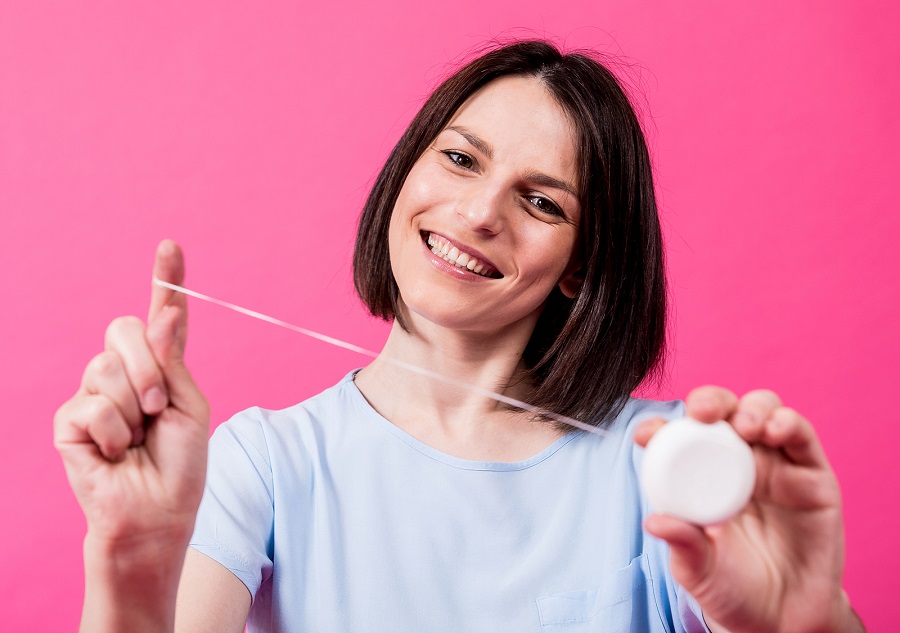 Flossing is one of those “necessary evils” that a lot of people hate to do but know they need to do it. Because if you’re not flossing, you’re not cleaning between your teeth or under the gumlines where bacteria tend to collect.

You’ve probably lost count of how many times your dental hygienist has told you to floss. But the truth is if you’re doing it improperly, that might not be very helpful either.

What do we mean? Here are some methods you do NOT want to follow if and when you’re flossing:

Flossing Straight Up and Down Between Your Teeth

Each of our teeth has a pointed piece of gum tissue between them called a “papilla”. The papilla divides the attachment tissue around one tooth from that of the next. If you see gaps between your teeth, “black triangles”, or have experienced gum recession, there may no longer be a papilla there.

Flossing too aggressively and yanking the strand of floss straight down into your papilla can also permanently damage this piece of gum tissue. Instead, you want to gently ease the floss back and forth until it slides down between the teeth and wrap the floss in a “C” shape around one tooth or the other.

Pulling the Floss Sideways from One Tooth to the Other

A lot of disposable floss picks are small and rigid. They make it impossible to reach between back teeth or curve the strand of floss around the tooth because it’s so tight. This design can make it easy to hurt your gums when you’re trying to work the floss down between your teeth. They might work well for children, but aren’t the best choice for adults. However, there are modified designs out there that are more Y-shaped and curved, making it easier to reach between your back teeth.

Stop Flossing Because it Makes Your Gums Bleed

Flossing doesn’t make your gums bleed, but not flossing will. If you’re only flossing every now and then, you’re probably going to have bleeding gums every time you floss. Just remember the rule, “Healthy gums don’t bleed.”

We know people hate to floss. Fortunately, there’s another option out there that’s just as helpful and even more effective: water flossing. With a water flosser you’ll just trace the gumlines, flush between teeth, and rinse out the “periodontal pockets” in areas where tissues have detached.

Using a water flosser can actually reach places that flossing can’t. And even though it’s a little messy, with time, most people like it better than using string floss.

For more tips on using floss to combat gum disease, call our periodontist in The Woodlands!

Gum Treatment: With Or Without A Laser?

The Top 5 Signs Of Gum Disease